Biff J. Rockenheimen aka Big D is a professional wrestler working for the ASW in the PsychoAndyverse. He debuted in Hawk & Croc as a high school friend of Dariaan Nighthawk and X-Croc.

Biff grew up in Leonardo, New England. He was introduced to professional wrestling at an early age, and wanted to win the World Heavyweight Championship.

Biff attended Leonardo High School, along with Dariaan Nighthawk, Croc, Beth, Camilla, and the rest. Biff was on the high school wrestling team, along with Hawk, John, UV Granite, and others.

After graduating high school, Biff earned a full wrestling scholarship to the University of Michigan.

With his newfound college education and no real direction, Biff decided to become a professional wrestler, and wrestled in the independent circuits under the ring name "Big D." The next few years were mostly spent with the Indy Wrestling Spotlight (IWS) in Indiana, and Wrestling Action Xtreme (WAX) in Minnesota, as well as touring with various other promotions to wrestle overseas.

In late 2005, he was hired by All-Star Wrestling (ASW), and quickly won over fans with his intense, hard-hitting style. The promoters saw dollar bills in their eyes when they saw how over Biff had gotten, and quickly raised him through the ranks of the promotion, setting him in line for a World Heavyweight Championship match against "Rock Hard" Steve Johnson at their biggest Pay-Per-View event of the year, Wrestlegasm. 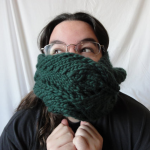